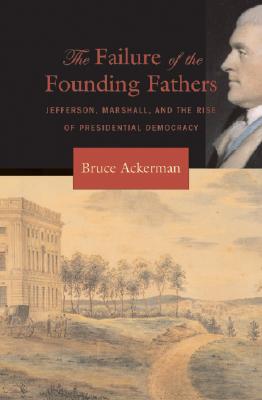 The Failure of the Founding Fathers: Jefferson, Marshall, and the Rise of Presidential Democracy

The ink was barely dry on the Constitution when it was almost destroyed by the rise of political parties in the United States. As Bruce Ackerman shows, the Framers had not anticipated the two-party system, and when Republicans battled Federalists for the presidency in 1800, the rules laid down by the Constitution exacerbated the crisis. With Republican militias preparing to march on Washington, the House of Representatives deadlocked between Thomas Jefferson and Aaron Burr. Based on seven years of archival research, this book describes previously unknown aspects of the electoral college crisis...
View More...

In and out of Court

This book offers to the profession and to the public a repast which is at once stimulating, varied and wholesome. The author has derived his material from an althogether exceptional experience in the courts. Beginning in 1898 with four years of stenographic "court reporting" he has for the many years since actively participated in the tril of a multitude of cases, civil and criminal, of incredibly diverse characters. This volume will appeal to all; but will appeal especially to young trial lawyers and to law students ambitious to succeed. From the record of thoroughness in preparation,...
View More...