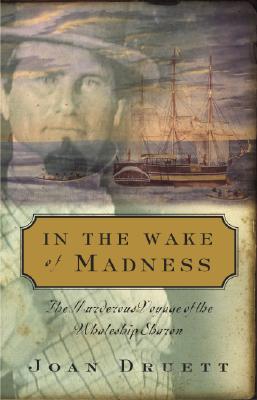 In the Wake of Madness: the Murderous Voyage of the Whaleship Sharon

After more than a century of silence, the story of one of history's most notorious mutinies is revealed in a true tale of murder and madness on the high seas. In May of 1841, the whaleship Sharon of Fairhaven, MA, set out for the whaling grounds of the northwestern Pacific. A year later, while most of the crew was out hunting, Captin Howes Norris remained at the helm with four crew members - three of them natives of the Pacific Islands. When the men in the whaleboats spied the Sharon's flag flying at half mast - a signal of distress - they headed back to the ship to discover their Captain brut...
View More...

The Way of a Ship: a Square-Rigger Voyage in the Last Days of Sail

Condition: As New in As New dust jacket

When as a young man in the 1880s, Benjamin Lundy signed up for unimaginably hard duty aboard a square-rigged commercial sailing vessel - one destined for a treacherous, white-knuckle passage around that notorious "graveyard of ships, " Cape Horn - he had no idea that his experience would also provide a window into an epochal transition that would fundamentally change man's relation to the sea. A century later, Derek Lundy, an accomplished amateur seaman, set out to recount his forebear's journey. This is a mesmerizing account of Benjamin's life on board the square-rigger Beara Head, a ...
View More...