#10A - This book contains stories including Lassie Come Home; The Story of William Tell with full-color illustrations; Penny and the White Horse which is a merry-go-round horse; The Three Little Pigs with illustrations by Richard Scarry; Grimm's Rumelstiltskin with full-color illustrations; Animals of Africa, includes full-color photographs, and so forth. Thirteen titles in all, one on science, one on travel, and others.The binding has minor wear at the edges and spine ends. The DJ has a few chips on top with a 1" tear near the spine. The bottom has a small tear where the paper is missing,...
View More... 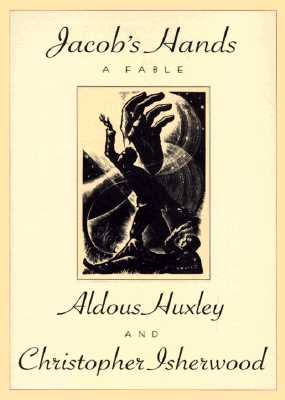 This previously unpublished tale by Aldous Huxley and Christopher Isherwood, two of the greatest storytellers of the 20th century, uses tight, vivid and seamlessly crafted prose to show the dangers that a magical gift will undoubtedly bring to even the sincerest of characters. In this story, Jacob Ericson is a shy, enigmatic and somewhat inept ranch hand who works for crochety Professor Carter and his crippled daughter, Sharon, on a ranch in the 1920s. One day he finds that his hands possess the mysterious gift of healing, a gift he uses to cure animals. Sharon then persuades him to heal her. ...
View More...

By: Warner, Marina (edited and with An Introduction by)

Once upon a time, in the Paris of Louis XIV, five ladies and a gentleman - all of them urbane aristocrats - seized on the new enthusiasm for "Mother Goose stories" and decided to write some of them down. Telling stories resourcefully and artfully was a key social grace for them, and when they wrote down these elegant narratives, they consciously invented the modern fairy tale as we still know it today. For this beautiful anthology of six masterpiece Wonder Tales, Marine Warner invited the collaboration of five writers with a special sympathy for the French stories they render her in bu...
View More...