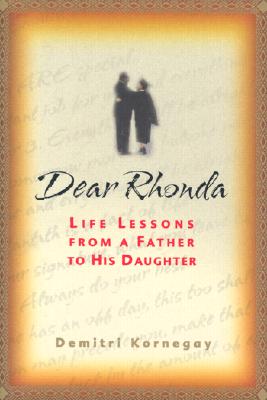 Dear Rhonda: Life Lessons from a Father to His Daughter

Demitri Kornegay has served as a police officer for almost two decades. Because of the nature of his profession, he knew that he could be killed in the line of duty at any time. And this knowledge forced him to wonder how he could ever properly convey to his daughter, Rhonda, all of the fatherly advice that he had accumalted over the years. So Demitri started writing letters to her. With each letter, he tackled a difficult subject and ended up touching on everything from love and relationships to death and race relations, always encouraging his daughter to use his words as a springboard to dev...
View More...

By: Lieferant, Henry and Sylvia

A poignant story of the Lieferant family, in which their father wanted a son and instead had seven daughters. Their large farm was self-sufficient that prospered under Joe's excellent management outdoors and Sabina's indoors. To the extent that he wanted boys, he tended to revolt against the girls. He believed that if he became reconciled to being the father to all daughters, the Lord might think him content to get along without a son. At a critical moment for the whole family though, the answer comes, simple and shocking, in a tragedy that eventually brings triumph. The jacket has small chips...
View More...

An Exaltation of Home and Family

Lipton subjects the icons of home and family to his penetrating scrutiny. What 'clutch of families' won't see itself mirrored in 'a mutter of mothers-in-law, a mash of couch potatoes, a chisel of repairmen, or a heaven of holidays'? This book is a treasure trove of pleasures that will have everyone inventing his own vivid collectives, and is designed to become yet another instant classic with loyal Lipton fans and newcomers to his wonderland of wickedly fun literature. Unpaginated, all pages are illustrated with appropriate collectives attached! 16mo - over 5Â¾" - 6Â¾" tall.
View More...

This is the dramatic story of one woman's determination to know the truth of her adoption. In a painful struggle and against steep odds. Katrina pressed her claim for answers, whatever those answers might be. The struggle began in April 1973, when Katrina discovered that an adoption agency in New York was holding a secret file on her. Before that moment, her origins and early childhood were a vacuum. But access was denied to that file. Katrina persevered, challenging the adoption agency in court and researching old documents. What she wa seeking was what others already possess: A place in the ...
View More...

The holidays. Its the time when families gather and reflect on the past year, to remember losses, to toast triumphs, to look forward to new beginnings. In the spirit of the season, beloved author and radio host Michael Savage's Train Tracks reminds us how every member of our family - in fact, each individual we encounter through time - contributes essential gifts to our life story. Includes 45 very personal true tales. ; 12mo - over 6Â¾ - 7Â¾" tall
View More...

Learning to Fall: the Blessings of an Imperfect Life

The author was thirty-five years old, a husband and father, when he was diagnosed with Lou Gehrig's disease. His doctor told him he had five years to live. For the next ten years, he embarked on a spiritual journey, whose fruits he shares in this book through twelve essays..; 8vo - over 7Â¾ - 9Â¾" tall
View More... 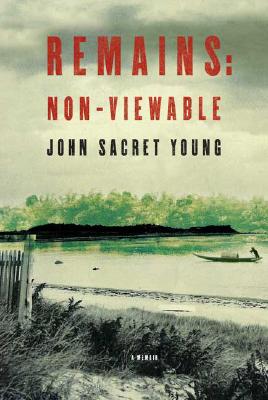 When John Sacret Young's cousin Doug was killed in Vietnam, Young learned that the remains of every Vietnam casualty fell into one of two official categories: Viewable of Non-Viewable. He also realized that such categories applied to how his New England family faced its own history. This memoir is beautifully written and profoundly moving. It is a powerful and persuasive examination of fathers and sons, of war and remembrance, and of family and self. 8vo - over 7Â¾" - 9Â¾" tall. ; 272 pages
View More...