Many film historians consider Buster Keaton the most masterful of all the silent screen actors. The editor agrees and in this volume he shows us why and helps us understand not only Keaton's genius but the worldwide popularity of his films today. He uses a technique of the frame-by-frame blow-up, reproducing some of the funniest and most popular scenes in movies such as Go West, Seven Chances, The General, The Goat, Sherlock Jr. , and The Navigator. With over 1, 000 photos, Keaton depicts man against the world he has created for himself. The binding is white cloth with blue lettering and a blu...
View More...

Great Kids of the Movies

Ed Edelson brings the world of the child star alive for readers of this book. He tells the story of some of the most famous child stars of the twenties through the seventies. Judy Garland winning the hearts of young and old, Micky Rooney as Andy Hardy. Elizabeth Taylor certainly made it big; but she was one of the child stars who became even more famous as an adult. Edelson takes you through the glitter and tells you how it really is. The jacket has a small tear at the top and minor wear at the top corner. It is slightly discolored at the front edge of the spine. 121 pages, including an index,...
View More... 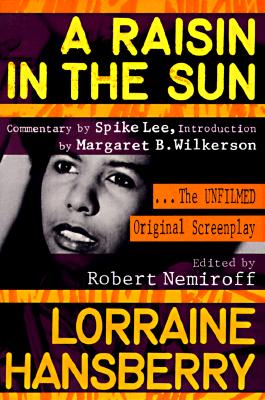 The 1961 film version of a Raisin in the Sun, with a screenplay by the author, won an award at the Cannes Film Festival, even though one-third of the actual screenplay Hansberry had written was cut out. The film did essentially bring Hansberry's extraordinary play to the screen, but it failed to fulfill her cinematic vision. Now, with this landmark edition of Hansberry's original script for the movie that audiences never viewed, readers have at hand an epic, eloquent work capturing not only the life and dreams of a black family, but Chicago - and society - that surround and shape them. This vo...
View More...

Liam is growing up in Liverpool in the 1930s, the youngest of three children. While he is still at school, trying to rid his seven-year-old head of the wicked thoughts that stand between him and the salvation of his immortal soul, hard times hit Liverpool Docks and Liam's father loses his job. Liam watches as his father, a proud and responsible working an becomes embittered and determined to find someone to blame. In his frustration he joins the local Fascists and so begins a tragic sequence of events. This is a compelling and powerful screenplay that looks unflinchingly at a family's free-fal...
View More...