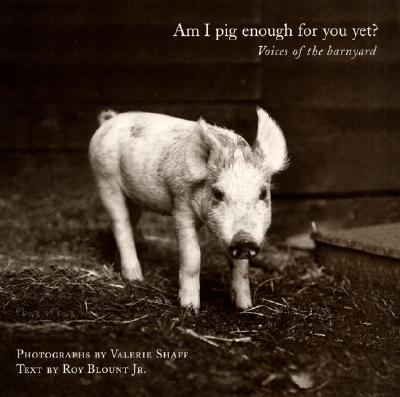 Am I Pig Enough for You Yet? : Voices of the Barnyard

You may not believe this/because I'm a sheep, but I am not getting/near enough sleep. I start to doze off. /my heart starts thumping. /Someone somewhere/is counting me jumping. This is a wonderful book of photos of (mostly) barnyard animals and the thoughts they think, in rhyme. What about those funny looks we get from horses, pigs, geese, ducks, llamas, and yes, chickens? This book opens up the inner lives of livestock, revealing their concerns about relationships, food-chain issues, and why people see cows and want to go 'Moo'. " This is a great book, very amusing but thoughtful too. It'...
View More...

This may well be the ultimate expression of celebrity worship gone mad. 20th-Century Dreams derives from the journal left by Max Vail at his death. His long and astonishingly varied life was spent moving relentlessly up the ladders of power. This journey took him to Vienna, Berlin, Paris, London, and finally America, and involved him with almost all the great names of the age. His journal provides a new and often shocking insight into recent history - its buried liaisons and indiscretions, its plots, deceptions, fateful meetings and stolen romances. Among the 85 scenarios rendered in this book...
View More...

Vietnam War : the Story and Photographs

In this illustrated war volume, the authors show the battles, leaders, weapons, heroism, and pain of the Vietnam War, from its earliest beginnings to the fall of Saigon in 1975. Through more than 450 official and personal photographs (both U. S. And Vietnamese) , they reveal the courage, the loneliness, and the fears of the three and a half million U. S. Soldiers, Marines, airmen, and seamen who served in America's longest war. We all have pictures of the Vietnam War in our minds. It was the war that shaped an entire generation, and its images are captured here. Includes an index and bibliogra...
View More... 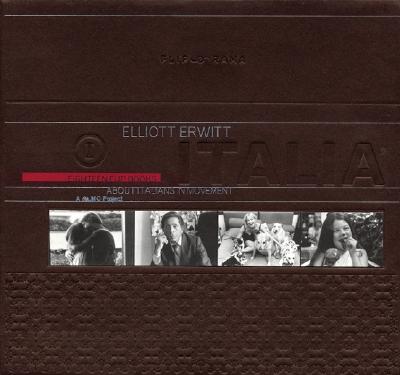 NEW - The lidded box is still in publisher's plastic, never opened. With the intent of capturing the essence of the Italian personality, de. MO commissioned Elliott Erwitt (July 1928) , to create take photos portraying the life of Italians. From Massimo Ferragamo with his kids, to Valentino in his studio in Rome, to Italian citizens going about their daily life, the 18 flip books created with Erwitt's photos reveal a collection of delightful characters. Each book has 28 photographs of single animation, and all are housed in a beautiful cloth box. The flip books are a wonderful treat for anyone...
View More... 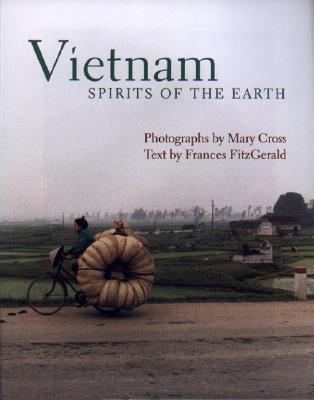 Vietnam: Spirits of the Earth

NEW - Still in shrink wrap. This is a beautiful book that takes a look at Vietnam as it is now. "On the floodplain of the Red River Delta the rice land is flat, as though leveled with a rolling pin. From a road that runs along the top of a dike you can look out across an enormous vista of rice fields. In the middle distance there may be a walled village or a mountain, such as those that appear in Sung landscape paintings. " From the author. Beautifully written, beautifully bound.; 4to - over 9Â¾ - 12" tall
View More...

New England Revisited is an album of memorable and nostalgic scenes of "the cradle of America"; also an anthology of some of the very best writing about New England. The photographic collection comprises 44 full color plates. The plates are arranged by seasons, each section being introduced by a double-page "spread. " The byways and villages, mountains and rivers, harbors and islands of all six states of the region are here represented in the varying moods. Griffing has written a photographic note for each plate and describes some of the problems and adventures he faced in taki...
View More...

Adirondacks Views of an American Wilderness

In most places, human beings dominate the picture. But in a few spots. Nature rules unchallenged. " So writes Bill McKibben in his uplifting introduction to Adirondacks, a book that reveals nature's glory, and the unique give and take between people and wilderness in the vast Adirondack Park. Bigger than the Grand Canyon, Glacier, Yellowstone, and Yosemite National Parks combined, the Adirondack Park contains a stunning array of mountains, wildlands, forests, rivers and lakes, waterfalls, and deep gorges. Photographer and Adirondack resident Carl Heilman has traveled from the foothills to ...
View More... 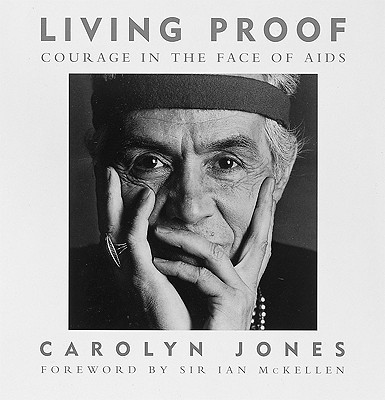 Living Proof Courage in the Face of AIDS

Condition: As New in Near Fine dust jacket

This moving and beautiful book offers unprecedented insight into the astounding strength of the human spirit when confronted with illness, pain, loss, and death. Carolyn Jones' vivid and life-affirming portraits capture people from all backgrounds - children and grandmothers, men and women of all races - living with HIV and AIDS. A common and harmful misconception holds that AIDS is an instant death sentence but, in fact, testing positive for HIV does not mean immediate illness. 73 people volunteered to pose for these photographs in an inspiring effort to change the way we think about AIDS. Jo...
View More... 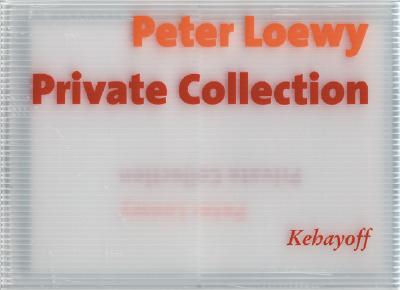 The images assembled in this volume are photographs depicting American cemetaries and graves. They represent a spotlight collection of notes, commentary, documentation, and witness. During several trips taken over many years throughout the southwest and west of the United States, Martha Laugs built up this striking treasury of photographs. They have been chosen deliberately to express an individuals view and make no claims to "political correctness" or even objectivity. In this volume we have the experience of being allowed into the perception of an artist who brings a wholly authentic...
View More... 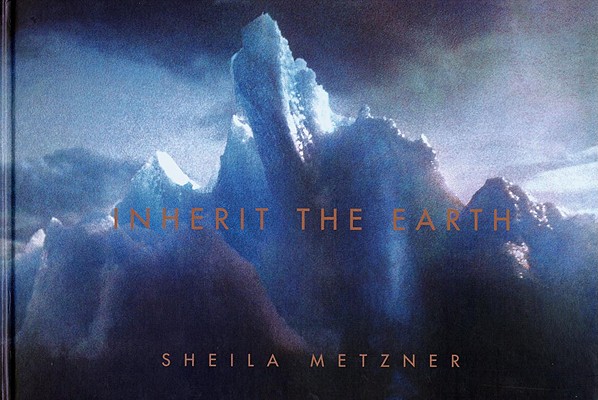 These places are real. They are not a dream or figment of the imagination. They speak of endless transformation. Eons of construction and demolition. Independence and total dependency. Reproduction and unique formation. Power beyond cognition, scale and spectrum. And they speak of us and to us. What can be gained by these apparitions of reality? What is their value to us humans who relate to things by their value? What is the value of landscape? This is a stunning new book from distinguished photographer Sheila Metzner - her first volume of pure landscape photography. Years of travel have take...
View More...

In ten years of travel throughout Nevada, I have explored its deserts, mountains, cities and small towns and have met the independent, resilient people who live here. Even with the diversity of livelihood - from rancher to casino owner, small businesses to government workers, I've found most share a genuine pride in the state and a passion for wide-open spaces. This can be a harsh environment with extremes of temperature and terrain. But, throughout Nevada I have seen some of nature's finet work. Some of these wonders are breathtaking, while others simply make me feel at peace with the world. ...
View More... 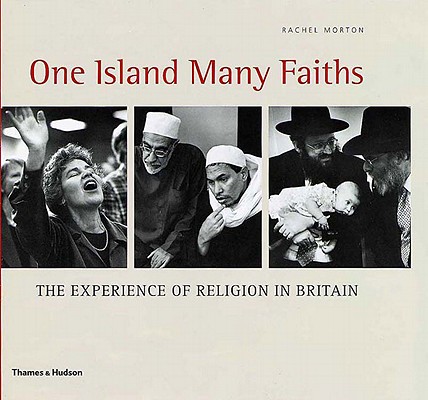 One Island, Many Faiths: the Experience of Religion in Britain

During the second half of the 20th century, partly as the aftermath of WWII and more directly as a result of the dissolution of the Empire, Britain gradually evolved from a fairly rigid uniculture nation into a melting-pot of ethnic groups and faiths. It is this significant and fascinating change in the national configuration that prompted Rachel Morton to tour the country with her camera, exploring the multitude of religions and their devotees. From various Christian sects to Baha'i, from Reform Judaism to Hinduism, from Islam to the New Age, Morton has documented religious beliefs in Britain...
View More...

Within a Rainbowed Sea

This incredible book is a collection of visual poems, photographs and words celebrating the intricate fabric of life which evolution has woven in the sea. The photography is a marvel, one of the finest collections of marine images ever published. Chris Newbert is recognized worldwide as a leader in the art of underwater photography. With the addition of Newbert's words, it becomes a memorable experience, the only book of its kind. It may be opened at any point and the reader will be rewarded with a different experience each time. The top and bottom corners are are a bit worn. ; Folio - over 12...
View More... 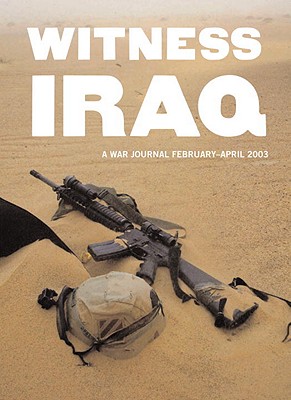 . Now the digital age is upon us, and nowhere in photography is it more omnipresent than in photojournalism. The processing and shipping of film has given way to the uploading and transmission of the digital image. All of the photographs in this book came from digital cameras, allowing us to see glimpses of war in "real" time. There is no doubt that the still camera remains a powerful tool and this book is a tribute to that. Through the eyes of some of the most renowned photojournalists working today, you will see the realities of war, you will witness courage, tragedy, heroism, fear, ...
View More... 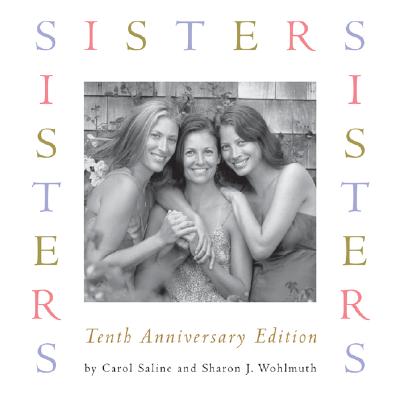 In 1994 a new photo-essay book captured the hearts of people around the world, as it celebrated the profound relationship between sisters. The women featured in the collection were writers, athletes, students, painters, socialites, and teachers. Sisters from all walks of life, all ages, told of how they fought and made up, laughed and loved, and how they gave, risked and resented one another - but never stopped caring. In this 10th Anniversary Edition the authors have revisited many of the sisters included in the original edition. They found women who had experienced a decade's worth of life's...
View More...

The Atlas of Mysterious Places

By: Westwood, Jennifer (edited by)

This beautifully illustrated book discusses sacred sites, ancient cities, lost lands, and symbolic landscapes. This book is an extensive guide, detailing many places and their particular mysteries, making The Atlas of Mysterious Places a comprehensive reference to the world of unexplained sites, symbols, cities and landscapes. Photographs in color and black & white show the beautiful sites being examined. Included is a gazetteer and bibliography for your own discovering - several places are listed in the U. S. And Mexico. 240 pages including an index. It is printed on heavy glossy paper. The j...
View More...