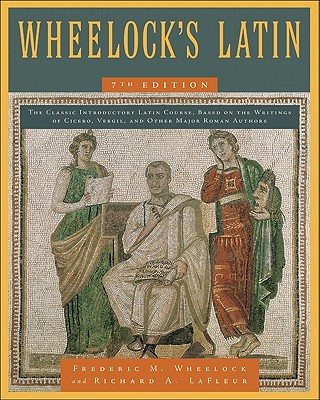 By: Wheelock, Frederic M; Lafleur, Richard A. (Revised by)

This new edition of Wheelock's Latin has all of the features, many of them improved and expanded, that have made it the bestselling single-volume beginning Latin textbook. It includes 40 chapters with grammatical explanations and readings drawn from the works of Rome's major prose and verse writers; self-tutorial exercises, each with an answer key for independent study; an extensive English-Latin/Latin-English vocabulary section; a rich selection of original Latin readings - unlike other Latin textbooks wich contain primarily made-up texts; and etymological aid, maps, and dozens of images illustrating aspects of the classical culture and mythology presented in the chapter readings. Also included are expanded notes on the literary passages, comments on vocubulary, and translation tips; new comprehension and discussion questions; and new authentic Latin readings, including Roman graffiti, in every chapter. The front cover is bent at the bottom right corner, and the side has a narrow bend almost to the top. ; B&W Illustrations; 4to 9 1/4" - 13" tall; 562 pages 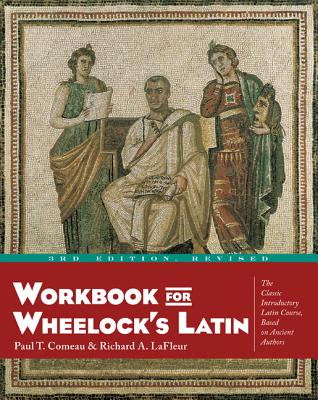 Wars of the Third Kind Conflict in Underdeveloped Countries