Still in shrink wrap. "This book contains more than one hundred color and black-and-white photographs of Tibet in the last half-century. Several recent photographs of Chinese prisons in "eastern" Tibet were taken secretly with a telephoto lens, and have never been published in the West before. The book contains essays as well as interviews with Tibetan exiles. As a documentary history, the book includes the texts of Chinese edicts such as a decree on "re-education" in Tibetan monasteries in China's Qinghai province. The book illustrates the extent of China's repression and the ongoing violation of basic human rights in Tibet, through arbitrary arrest, torture, unfair trials, and the secular takeover of religion. "; Folio - over 12 - 15" tall

The Dalai Lamas of Tibet

By: Tendar; Thubten Samphel; His Holiness The Dalai Lama (Foreword by) 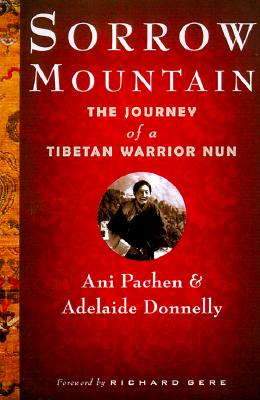 Sorrow Mountain: the Journey of a Tibetan Warrior Nun

To the Light : a Journey through Buddhist Asia

A Guide to Mythology

By: Clarke, Helen A.