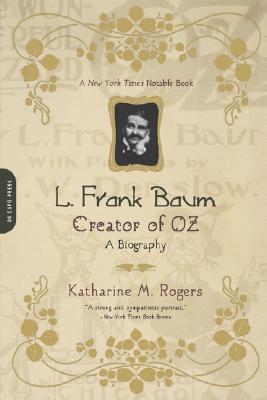 A strong and sympathetic portrait. " - New York Times Book Review. Born in 1856 in upstate New York, Baum was a classic "late bloomer" who tried acting, selling and editing. Finally, in his late 30s, he took the advice of his mother-in-law, suffragist leader Matilda Gage, and turned his attention to selling the stories he'd been tellin to his sons and their friends. After a few books were published with varying success, The Wonderful Wizard of Oz (originally titled The Emerald City) was released in 1900. It quickly became a bestseller and has remained so ever since. When Oz was transformed in a "traveling music extravaganza" that earned raves across America, Baum became rich and famous for the first time in his life, inspiring him to embark on a myriad theatrical ventures that almost bankrupted his family on several occasions. Fortunately, wife Maud's business acumen saved the day, leaving Baum free to pen thirteen additional OZ books and other fantasies. Includes a listing of works by Baum, a bibliography and extensive index. Munchkin Land never knew a better man.; 8vo - over 7Â¾ - 9Â¾" tall 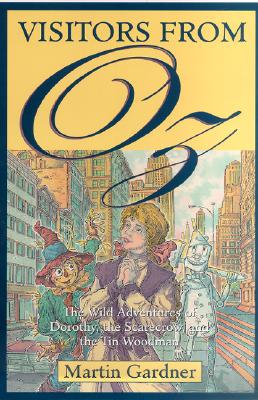 Visitors from Oz: the Wild Adventures of Dorothy, the Scarecrow, and the Tin Woodman

Visitors from Oz: the Wild Adventures of Dorothy, the Scarecrow, and the Tin Woodman

The Scarecrow of Oz

The Wizard of Oz

The Last Egyptian; a Romance of the Nile

Oz before the Rainbow: L. Frank Baum's the Wonderful Wizard of Oz on Stage and Screen to 1939